When I was 16, I quit school and got a job in kitchen thinking that, in 10 years, all the bullies would be scrubbing my toilet. This became my steady vocation. At 26, my boss was an addict, and had a bad temper. One of my tasks included scrubbing this bully’s toilet and I found myself wondering… “Where did I go wrong?”

I didn’t have much direction or training growing up, and I settled in with an attitude that said, “I’ll live a quiet life of mediocrity – and maybe that’s not so bad.”

I lived in a frat house of disenfranchised cooks called “megahertz”, and I had no interest in computers. My gmail status was literally “hates computers“. I was bitter because I had missed my opportunity. 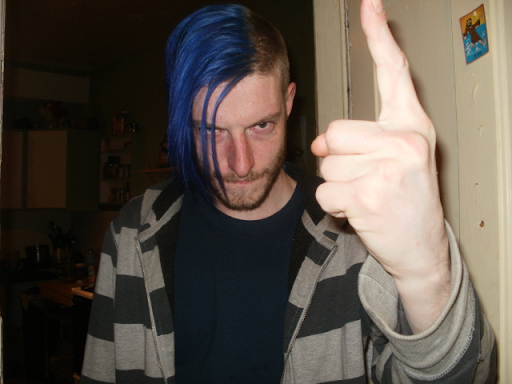 One day, my friend in the frat house put together a computer for me – a “frankenbox”! You had to jump start it with a screwdriver and it ran Ubuntu 10.4. This computer was constantly breaking, so I had to learn to fix it. Not only was I good at it, but I really enjoyed it.

I then began fishing computers out of the trash and refurbishing them, and gave them to charities, etc. This led to part-time computer work on the side, including laptop tune-ups, data recovery, and breaking Windows passwords. I even got people their stolen laptops back!

After about six months, I built my first custom rig.  I stayed busy with a couple of years of ad-hoc work on the side, while still working in a kitchen. This helped make ends meet, as I only made $22k in my best year as a cook. Really, I had no faith that this would ever turn into a career, although that was my dream.

Life was telling me, “Get used to mediocrity”.

Eventually, I ran out of the ad-hoc pc work. Then, I visited my dad’s house; he is a deacon, and a praying man. It’s not really my style, but that night as I was leaving, he asked me if there was anything I wanted to pray for.  I asked him to pray for a computer job. I never realized how deeply it was bothering me until I said it out loud. I felt stuck in “self-created mediocrity”. That night, I went home and my roommate told me that he had got a computer job. I thought, “I meant me – not him!” but was happy for him anyway.

The next day, I got a call from my kid sister, and she told me that the library had been donated a bunch of 17” monitors. I bought the lot for $10 a unit – with no idea how to get them, how to pay for them, or what to do with them! There were 49 of them, so I paid for them with my rent money.  The next day I sold most of them to a fellow tinkerer on Craigs List for $20 a piece. One thing led to another, and I got very busy with computer work. Suddenly, I’m booked out with a two-week backlog.

That year I made $4k on the side, which is great for a hobby, but it still wasn’t close to a career. 😢

My roommate told me I was not a technician – he said I was a consultant. What I didn’t know was that this roommate’s computer job was as a worked with Salesforce developer and consultant. My roommate then got me in touch with Raj Suchak, a former SF employee (professional services) who started his own Salesforce partnership. Raj asked me to fill in a LinkedIn profile. I did my best, but I was painfully aware of my lack of a college education. Plus, I had no appropriate picture – the best I had was me with a blue mohawk!

In January, 2015, Raj and I chatted. He gave me “The University Model” and the Force.Com workbook.  A few years earlier, I wouldn’t have even tried, but I had become someone who was confident in his abilities to learn new things and not be afraid to try. I had to build out the requirements, and I circumvented code by using a clever data model. As always, very much an outside-the-box approach.

Raj and I then did “riddles” for an hour and a half. He wanted to see how I thought and solved problems.

Then it happened – Raj made me a job offer! 😮

I went from a blue mohawk to a crew cut. The first six months were “brutal” – going into consulting had been a “horrible mistake”! I instantly went from being “the” expert to having no idea what was going on. It was very humbling, I found it difficult to handle the workload.

I was put on a reporting project for a nightmare data model, where it was very difficult to report on simple problems because there were 5 objects to represent money changing hands. My roommate told me about Wave [Einstein Analytics] and how you can do cross-object reporting. I tell myself, “This is exactly what I need. This is the solution to all my reporting nightmares.” This was May of 2015.

Then I found out that you needed code, and my heart sank. But I knew I had to break through the glass ceiling.  I knew I could.  I’d done it before, right?  I taught myself how to fix computers, I taught myself basic Salesforce, and now I was going to teach myself Analytics. I got my Analytics brown belt and started working on our first Wave deal – one dataset, and one dashboard.

I got burned once really badly by not being release ready, so that became a passion – how could I make sure my customers were always prepared?

I also presented at the higher ed summit, developed my expertise and got known for solving problems. My mentor encouraged me to post on The Success [Trailblazer] Community. I then began answering questions and got quickly addicted. More riddle solving!

I found myself answering the same questions over and over. I was encouraged to write a blog, but I kept getting stuck when I tried.  They were all way too long and never seemed to get to the point. I never have that problem in the office, so I made a video and pretended I was teaching someone in person. My plan was just to transcribe the video and call it a blog, but as I was reviewing it, I realized I could just cut out the middle man and upload it to YouTube.  This was July of 2017, when I created my YouTube channel that now has over 2,400 subscribers. I found that I was inspired as people responded to my content.  Knowing that I’m helping others is like rocket fuel and keeps me posting.

I am now a co-leader of the Buffalo, NY, User Group. I was made Analytics MVP in February of 2018, and an inaugural Analytics Champion. 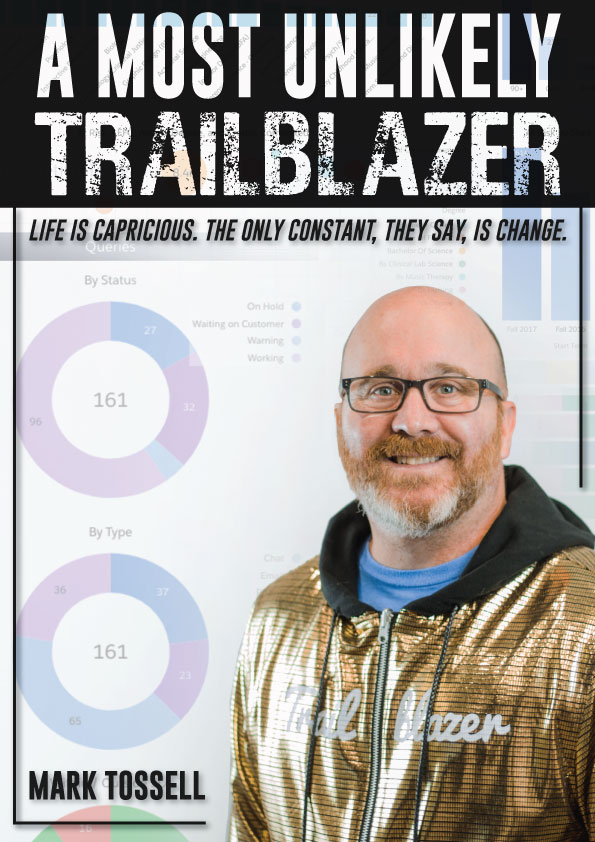